I could be wrong.

We all make mistakes don’t we. Repeating a mistake is a decision.

In Barbie In Spy Squad, Patricia, who is the best in the gymnastics class, helps to steal gems for the ‘baddie’ but doesn’t really think of herself as a baddie. She does it for herself at that moment with no real thought until she sees how the Spy Squad girls, including our Heroine Barbie, work together as a team and support each other.

Patricia was full of excuses why she did it, but it boils down to making a mistake, several times, which is a decision.

We are all full of excuses, for all sorts of thing;some are genuine reasons, some just excuses for not doing it, or doing it.

I’m talking things like;
I don’t get it
I don’t have time
It’s not for me
It won’t work
I’ve tried everything so not trying that
It’s too expensive

We are full of excuses in our lives. I don’t own an Iron but I am sure if I did I would use Ironing as an excuse for not doing something!

So. I’m taking away some of your excuses right now that you are already saying to joining our May courses;

It’s too expensive to work with 3R on a course that will restore your core and set the foundations for life from here? You can join for just £15 a week for the New combination Holistic Core Restore® Foundation course.

I have no time to come to a class but I am happy to lounge around on the sofa in the evening doing nothing.  Once a week to focus on you, your healing, your core and maybe 10 minutes to do at home several times a week. You don’t even need to buy any kit, it is all provided, as in the password to access your online ‘homework’ that you can do on the PC, laptop, smartphone, tablet while you are catching up on who killed who in Game of Thrones. I do!!

It’s a con, what do you know? Well, it may sound bizarre but as 3R makes no wild guarantees or promises about how we will give you a 6 pack, or get rid of all your tummy to look stunning in a bikini, and my qualifications and experience prove otherwise.  If you are not sure, read up here  about what some ladies have to say after working with 3R.

I’m out to make money and take it away from those doing the shakes and other stuff cos they are just trying to make a living.  Yeah right- See the point above about it being too expensive. It’s actually cheaper than certain other MLM businesses and I actually have qualifications and experience in my field that many of these other people don’t have so I give you correct advice and guidance. Not to mention Insured, if a certain product doesn’t work, i’m betting most of these people are not insured incase someone sues them.

No childcare. Me too. I am a single mum finding it incredibly difficult to find friends who are willing to look after my 4 year old daughter while I go out to work. I get it. Why not work 121 with me like so many mums do who struggle with this exact same problem. We even had the kids joining in with us during the recent holidays.

So…when you break it down, the main reason/ excuse not to join 3R on our May courses to restore your core, is you.

If you don’t invest in yourself you won’t get that core that will literally support you for the rest of your life. It’s more than just a 6 pack with us in 3R.  It’s about having a better functional core, for life.

Let’s get back to basics with your movement, and breathing patterns and enjoy functional movement.
The vast majority of exercises are safe, it’s how you do them that counts. That’s the magic ingredient.

I would love to speak to you on the phone so you can see how this will benefit you , before you pay out. Let’s face it, you may never have actually worked with me, but you have followed my page, videos and tips. 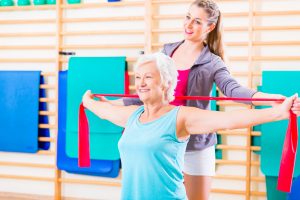